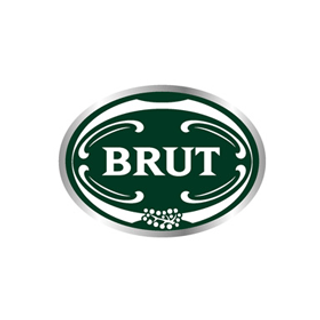 From its early beginnings as a fragrance for sporty men, BRUT has evolved as the definition of masculinity, remaining the iconic brand of perfume for over 45 years.

Men’s fragrance brand Brut was launched in 1964; in 1973 the now well-known BRUT 33 was launched as an everyday cologne. Brut products range from aftershave and eau de toilette to deodorant, anti-perspirant, shower gel and gifts. It is available in the UK and Ireland, France and South Africa.

BRUT was first launched in 1964. However, in 1973 the more familiar BRUT 33 was launched as everyday cologne.

BRUT products range from Aftershave, Eau de Toilette, Deodorant, Anti-perspirant, Shower gel and Gifting. The brand has continued to develop new fragrances that go on to become a must for men across Britain.

BRUT really came to prominence in the 1970s as a result of the famous ad campaign starring Henry ("Splash it all over") Cooper and other famous sports stars of the time including Barry Sheene of motorcycle racing fame, David Hemery the athlete and Kevin (the hair-do) Keegan who happened to be pretty nifty with a football.

BRUT has always defined ‘real men’, and our latest campaign ‘BRUT MAN UP’ continues to do this.

In 2011 the campaign was launched with a print and outdoor campaign depicting different situations where a man needs to ‘Man Up’. A Mirror journalist was also challenged to complete a weeks training with 5 sports stars in order to define the toughest sport. In 2012 the campaign continues, a press campaign was rolled out in advance of Father’s day. With more support to follow later in 2012.

The BRUT MAN UP challenge separates the real men from the boys! BRUT is asking British men of all ages to step up to the Man Up challenge through a series of events coming up this year. ‘Are you man enough?’ to remove a spider from the bath, to gut a freshly caught fish, to deal with the dreaded dentist or even take a penalty in a championship stadium with the pressure of thousands of people watching?

If you have any questions or comments about Brut, please visit our contact page.