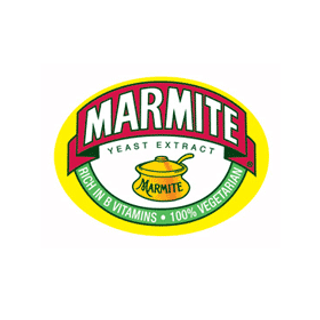 The question is simple: are you a lover or a hater? Ever since Marmite yeast extract was first introduced to the UK in 1902, it has caused a great divide in Britain.

Marmite was conceived in 1902 and the Marmite Food Company opened a small factory in Burton-on-Trent, UK where it still operates today. Marmite is a nutritious, savoury spread for bread or toast and can be used as a cooking ingredient. It is made from spent brewer’s yeast and comes in a distinctive black jar with a yellow lid. The popular ‘Love it or Hate it’ campaign was born out of talking to people and discovering that most either really love or really hate Marmite.

Marmite was conceived in 1902 and the Marmite Food Company opened a small factory in Burton-on-Trent where it still resides today. It took a couple of years to perfect the recipe and for the British public to warm to the spread's distinctive taste.

Before Louis Pasteur realised that the cells in yeast were in fact living plants, people simply discarded this by-product of the brewing process. German scientist Liebig then went on to make yeast into a concentrated food product - one that resembled meat extract but was in fact vegetarian.

Today Marmite is a nutritious, black, tasty, savoury spread enjoyable on toast or bread or even as a cooking ingredient. It is made from spent brewer’s yeast and comes in a distinctive black jar with a yellow lid.

Following the discovery of vitamins in 1912, yeast was found to be a great source of five important 'B' vitamins. As a result Marmite was included in soldiers' ration packs during World War I. It became a dietary supplement in prisoner-of-war camps in World War II and was sent to British peacekeeping forces in Kosovo to boost morale in 1999.

Limited edition Guinness Marmite was launched in 2007, followed by Marmite champagne, especially for Valentine’s Day in 2008 and 2009 saw a cricket-themed Marsden’s Marmite.

Extra strength Marmite XO was developed in 2010 and to celebrate the Queen’s Diamond Jubilee in June 2012, Marmite decided to pay a fitting tribute by launching another limited edition, aptly named ‘Ma’amite’. In 2013, Marmite decided to bring a bit of sparkle to breakfast, launching Marmite Gold, which contained real flecks of Gold. More recently in 2015, two new limited edition Summer jars were launched, which sought to spread peace, love and hippy vibes throughout summer.

The widely available ‘Love’ jar, and the more exclusive run of 94 ‘Hate’ jars are a lighter flavoured adaptation of the much loved recipe.

Marmite has had a number of heart-warming advertising campaigns over the years from ‘My Mate Marmite’ to Paddington Bear. The most popular 'Love it or Hate it' campaign was born out of talking to people and discovering that most of them really either love or hate Marmite! A bold move for the brand which has coined a well-used phrase today.

In 2013 Marmite launched a campaign aimed at banishing widespread Marmite neglect, after research proved that consumers tend to forget about Marmite, leaving it to gather dust at the back of the cupboard. The campaign built on the much loved ‘Love it or hate it’ campaign, encouraging lovers to rescue Marmite from being forgotten about.

In November 2015, for the first time ever, Marmite offered consumers the chance to personalise their jars which they could purchase via a Facebook app and for a limited time in a pop up shop in Westfield. Names could be added to the much loved classic labels as well as a special edition naughty or nice options especially designed for Christmas. In 2016, limited edition labels have also been designed for Valentine’s Day and Mother’s Day, for consumers to personalise and give as gifts.

If you have any questions or comments about Marmite, please visit our contact page.